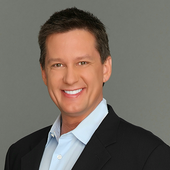 Give Credit Give Richard Credit

Richard Krawczyk (a/k/a Mr. Blueprint) is a serial entrepreneur, author, speaker, strategist, consultant, media personality and social media influencer. As a social media influencer, Richard assisted the world-class social media team on behalf of Access Hollywood and the Vanity Fair Social Club in covering the 2015 Golden Globe Awards and the 2015 and 2016 Academy Awards. His timeline deliveries on Twitter exceeded 1.4 BILLION during Oscars Week, which included the 2016 Academy Awards. Whether he is interviewed by celebrity publications such as E! Online and In Touch Weekly Magazine, conservative publications like Investor's Business Daily to appearing on numerous radio and television programs, as well as speaking engagements worldwide, Richard has made a positive impact on many lives. When Richard is not on the road speaking, he leads several multi-day event